You are here: Home / Tutorials / How to Test your Antivirus Program for Proper Working

Apparently, we all trust what antivirus software developers say in their advertisements. When we did ask a few of our friends, most of them believed that their current antivirus program would protect the PC from all types of threats. The worst part was that they think the same about free antivirus suites as well. If you have been listening to the news or various articles, you know this isn’t true. In fact, without testing, you wouldn’t know whether an antivirus program is up to the mark. You know, every one of us has different requirements and different digital environments. And, do you think one antivirus program is enough for all these? 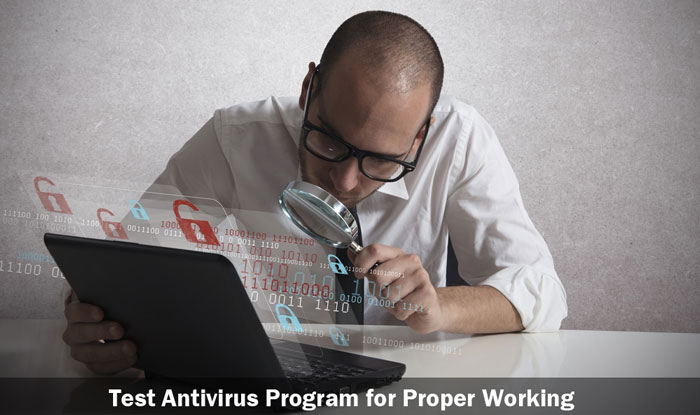 Definitely Not, right? Things aren’t really impressive when it comes to most of free antivirus packages. As a matter of fact, most of these free picks don’t even provide baseline protection from various threats. In this article, however, we have an extensive guide to test your antivirus program for proper working. We did pick some effective ways to test if the security agent is working in the way it’s meant to be. Because there are a wider variety of threats, we have included different methods, for different platforms as well. Depending on the level of protection you need, you can pick the best.

Note: All the methods we’re listing out here are completely secure as far as your system is concerned. It has to be noted that some antivirus programs can detect the methods as demo tests. In that case, you will have to try something else. Otherwise, you can go ahead and try everything else. If your antivirus suite manages to detect all the threats and remove them, you surely have one of the best antivirus programs you will ever have. Both the methods work fine with Windows, but the thing about Mac is a bit complicated.

You’d be familiar with the name Comodo in the world of digital security. It’s one of the trusted names when it comes to protecting personal and organization-level data with highest standards. The developer offers an extreme variety of solutions like Firewall and Internet Security. However, being a researcher, Comodo offers a tool to test your firewall too. It’s called Comodo Leak Test. Technically speaking, Comodo Leak Test is made to find out possible leaks in firewalls and HIPS programs. Still wondering how it can be used to test efficiency of your antivirus?

An efficient antivirus program should understand actions that can turn into a malware attack, right? Leaks on firewall and other suspicious activities are some of such signs, and the antivirus should detect them. So, by analyzing whether your antivirus is doing so, Comodo Leak Test can estimate its efficiency. Coming to this simple package, it consists of several fake malware injections, including those of rootkits, impersonation and background transfer of data. In case if you didn’t know, this happens to be the same MO of most malware attacks. If your antivirus real-time protection is good enough, Comodo Leak Test would be flagged & stopped.

You can download Comodo Leak Test from Here. If your antivirus did not even care about the changes made by Comodo Leak Test, it’s high time to upgrade the suite. We mean, we were talking of possible symptoms of malware infection and the so-called antivirus couldn’t detect them. How bad is that?

EICAR Test File is considered the standard method for finding out whether an antivirus program is working. It has been in use by antivirus researchers and software testers. It needs to be noted that you can use EICAR in DOS-based systems only. It creates a fake virus file that should be detected by a feasible antivirus program, at any circumstances. There are some minute technicalities involved in the process, but we can disregard a bunch of them for a while. As far as a common user is concerned, using EICAR to find the efficiency of anti-virus and anti-malware programs is an easy task.

Given above is a specially-made string that would be shown to an antivirus program as some virus. You have to create a file by pasting the string and save it with .EXE or .COM extension. It means you created a virus!

Now, it’s the turn of the antivirus program to do its part. If real-time protection and virus database are well-functioning, you should receive a prompt about the file that you just created. The string poses itself to be a virus and the antivirus should detect it instantly. So, as we said, this is a standard method to understand how well your antivirus program works with standard viruses. The term standard is debatable here, because most viruses have chosen a different MO than the common ones. So, you need to rely on other methods if you’d like to confirm overall protection availability.

If you don’t want to create the file by yourself — which, as a matter of fact, takes just a few seconds —, you can always download the EICAR file from its official website. It’s developed by European Institute for Computer Anti-Virus Research.

The Thing with Mac Devices

Sadly, we couldn’t find any noteworthy methods that let you test antivirus efficiency in an effective manner. There may be some dev-level stuff, but they aren’t recommended for common users, especially given those chances of possible threats.

So, what we recommend is to purchase one of the best antivirus programs you can have for Mac. It doesn’t make sense to not pay some money when it comes to protecting your Mac from most threats. Some of the best options from the current market are Bitdefender, Kaspersky, Norton etc.

We know that Mac users are a bit disappointed, but precaution is always better than curing. So, for them, it is highly recommended to go for an effective antivirus, even if that means spending a bit more. In most other cases, you have an option to test your antivirus program for proper working. Both are effective in finding the basic functionalities, at network and system levels. Do you know any other methods for testing antivirus? It would be great if you can let us know them through comments. 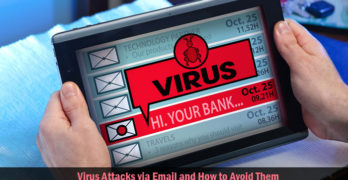 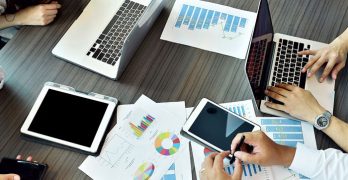 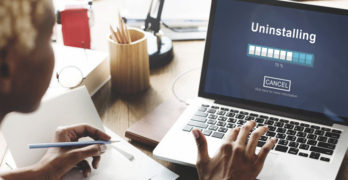