It’s no doubtful thing that Bitdefender offers best security solutions for both Microsoft Windows and Macintosh! Even as we say that Mac needs no extra protection, an extra layer of protection is always worth the effort. That’s why people love to have Link Protection, Shopping Protection etc in your Mac, by using Bitdefender Security Suites for Mac. With the launch of Multi-Device packages, Bitdefender has kept things simpler. According to the current scenario, you can have protection for multiple devices in a single package. Practically speaking, you are spending the same amount you needed to spend for single-device package. Nevertheless, you will be able to get security suites for Windows, Mac and Android. Don’t you think it’s awesome? 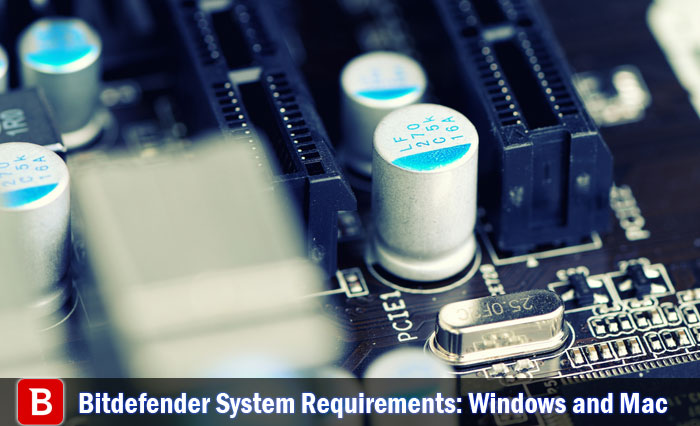 Apart from the affordability factor, there are many reasons why people opt in for Bitdefender products. One of them is its clear use of stunning technologies. For instance, there’s Bitdefender Photon that analyzes your system configurations and takes necessary security decisions. At the same time, for those who don’t know much about security, the Autopilot feature of Bitdefender is worth what you pay. Despite the richness of feature, Bitdefender has succeeded in maintaining a touch of minimalism throughout. If you take a look at the UI of Bitdefender Security Suites, you can understand how simple and classy it is. So, it’s indeed a worthwhile reason why you should prefer Bitdefender to others.

The Scene of System Requirements

Well, there’s a common issue we find in antivirus software out there. Either, they consume a lot of resources from your PC and cause slow down. Or, these solutions have very huge system requirements. In case of system requirements, this is the star. You won’t have the issue of over resource consumption while using Bitdefender products. And, as it can be seen, Bitdefender has taken care of the System Requirements too.

If your PC meets up with following specifications, Bitdefender 2016 will be installed and working.

For the fully-fledged, uninterrupted and seamless functioning of Bitdefender 2016, your Windows PC must have following specifications.

In addition to these, you should have the following software installed in order to get all features of Bitdefender 2016. It’s required for making use of services like Anti-Phishing and Social Networking Protection etc.

There isn’t a Minimum-vs-Recommended distinction in the case of Mac system requirements. The specifications are:

Additional features of Bitdefender 2016 can be used via extensions and other utilities. In short, the system requirements for Mac is way too minimal in Bitdefender. Practically speaking, you can install Bitdefender 2016 solutions in almost every Macintosh device available there.

So, it’s clear that Bitdefender 2016 has some truly minimal system requirements for both Mac and Windows. It’s so easy that you can install the desired tool in almost every device you stumble upon. Especially in the case of Mac, we’ve seen its minimal power. Altogether, you have another reason to go for Bitdefender Security 2016 — it works in almost every system environment.